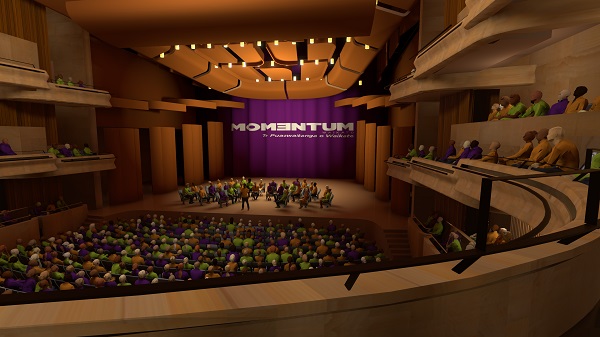 Waikato fans of live performance can now experience what it will be like to look all around inside their future favourite venue.

From today the Smart Space in Garden Place in Hamilton is hosting a Virtual Reality (VR) kit that will take members of the public into the auditorium of the new Waikato Regional Theatre (WRT). The immersive experience has been developed by Charcoalblue, the Theatre’s international designers, and is sponsored by Momentum Waikato, the project’s leader.

“Put on the Virtual Reality headset and you’ve got a 360-degree view of our region’s great new Theatre, before its construction has even begun,” says Momentum Waikato CEO Kelvyn Eglinton.

“We’re pleased to be able to offer Hamiltonians and people from across the Waikato this opportunity to get a real idea of what this world-class facility on their doorstep is going to be like.”

The WRT installation also features the three types of seats being considered for the Theatre’s auditorium, so visitors can try them out and vote for their favourite.

The VR experience is just one of the new high-tech displays in Hamilton City Council’s Smart Space. Other innovations also on show until May include the mighty Waikato as the first river in the world to feature on Google Street View, an app to help tourists connect with Raglan’s unique culture, and a video game that makes science education fun for young people.

The Theatre presentation opens ahead of Momentum Waikato’s upcoming ‘Share the Stage’ promotional and community fundraising campaign. The multi-purpose performing art centre has been designed with a vision of hosting both community and professional shows, as well as creative and technical training programs, to give local youngsters a springboard into world-beating careers in the performing arts.

The Waikato Regional Theatre is a $74-million project being driven by Momentum Waikato. Planned for the riverside in the South End of Hamilton’s CBD, it has so far received funding support from Hamilton City Council, Waikato Regional Council, Trust Waikato, the Provincial Growth Fund, Lotteries Board and a range of trusts and philanthropic individuals, families and businesses. 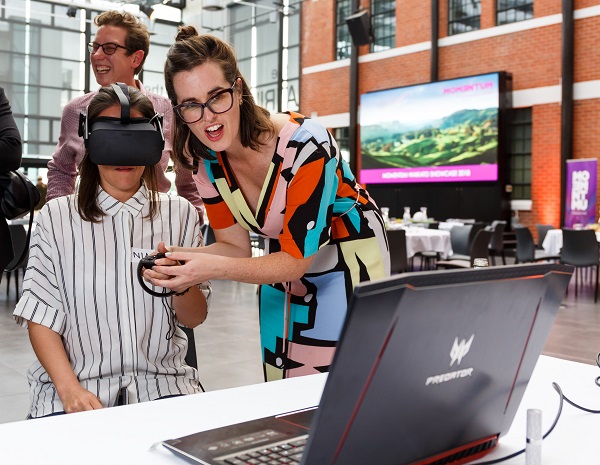