This newsletter is about a month late, largely because it is different to the one we had ready for you in mid-August, due to events re-writing our script over recent weeks, as they have for many of us.

In particular, we were then expecting to be reporting the Site Blessing Ceremony for the Waikato Regional Theatre on 20 August, which like a lot of things was cancelled by the Lockdown. Work on the theatre has nevertheless otherwise forged on, as detailed below. 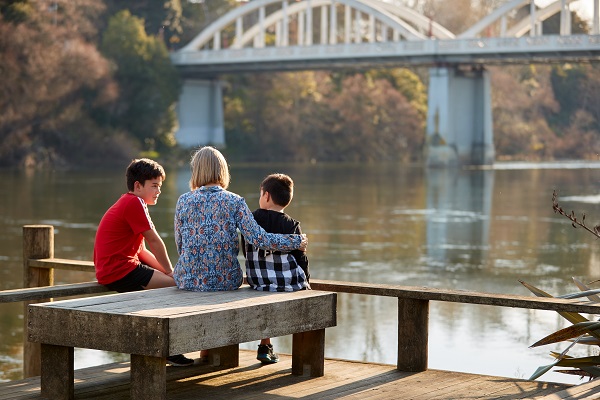 To mark September as Wills Month, Momentum Waikato is again partnering with leading law firm Tompkins Wake to make the process easier - until the end of the month you can create your own legal Will using their free web tool.

Enter your details into this template and it generates a simple legal Will. Then you can sign it and get it witnessed and lodged with the lawyer of your choice, with no obligation to use Tompkins Wake. Note though that a complex Will will require legal advice.

Preparations for the construction of the Waikato Regional Theatre are well advanced.

At the end of July, Ross Hargood of the Waikato Regional Property Trust and Leonard Gardner of Foster Group signed the Theatre’s Construction Contract. 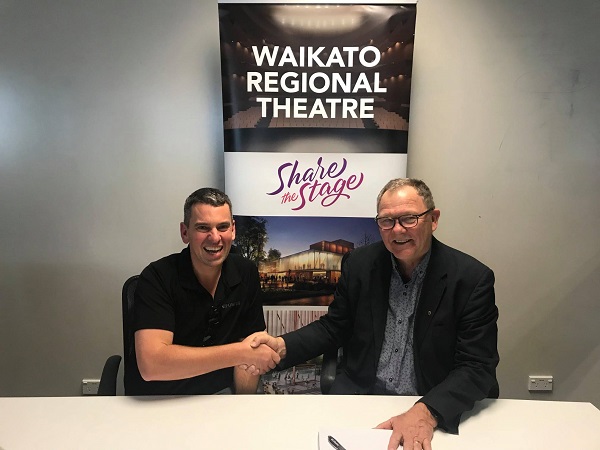 Ben Royfee was then appointed Site Manager for Fosters, joining Graeme Ward at RDT Pacific and Tim Strawbridge at Fosters, the respective firms’ Project Managers who have already been working on the project for some time.

Since then, the preparatory steps required by the resource consent have been steadily progressing, most notably engagement with the neighbours has stepped up with building surveys, meetings and the start of regular email updates.

The Waikato’s community foundation and a leading homebuilder have teamed up to provide financial relief to front-line groups sustaining communities impacted by the latest Covid-19 Lockdown, with a focus on those neighbouring Auckland that are still at Level 4.

In its latest Covid response mission, Momentum Waikato has connected and convened a combination of contributors led by Golden Homes that have so far collectively donated a total of $80,000 to a dozen-plus community support organisations across the region, with an emphasis on the North Waikato-Auckland border.

Community Waikato and the Waikato District Council assisted with the selection of recipient groups. In an ongoing effort, donations of several thousand dollars to each organisation are paying for food and care packages for distribution to those in need.

The heartfelt thank-you messages from the community groups give an insight into what they are facing. 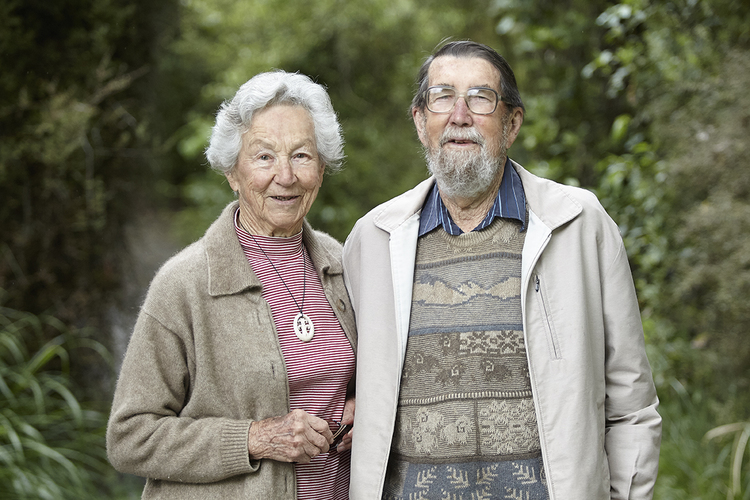 The late Bunny and John Mortimer at Taitua Arboretum in 2015.

Throughout their lifetimes, Bunny and John Mortimer were exceptionally generous and supportive to their community, most notably with their gifting of Taitua Arboretum to the city of Hamilton.

Now, with Bunny’s recent passing at the age of 97, a new example of that generosity has been announced.

Bunny has left a bequest to the Momentum Waikato Community Foundation, a ‘gift in Will’ revealed at its opening. It is a general donation, for investment in the foundation’s core regional endowment fund dedicated to creating ‘A Better Waikato for Everyone, Forever’.

This is in addition to the existing Taitua Fund established by the late Bunny and John with Momentum Waikato in 2015. That is a public-facing fund that accepts donations to support the improvement of the Taitua Arboretum, including from those who have wished to mark Bunny’s passing by supporting her life’s work.

“Our community has been blessed by the lives of Bunny and John Mortimer,” says Ken.

The ‘Friends of Waikato Rugby Fund’ that kicked off last year has had an early re-brand to make it clear what it exists to deliver.

Now called the ‘Waikato Community Rugby Fund’, this initiative of the Waikato Rugby Union is growing an independent sustainable funding stream for grassroots rugby in the Waikato.

The name change was made as the Waikato Rugby Union Centenary celebrations were getting underway. Some events were disrupted by the August Lockdown, but the Re-Union Dinner is currently still on for Friday 15 October.

“The legacy of rugby union in the Waikato is what makes our community game strong. Generations of families have given their time and energy to rugby clubs throughout the province. It’s our goal to keep that legacy alive.” Colin Groves, Chairperson, Waikato Rugby Union.

Find out more on the WRU site.

Funds donated to Momentum by Longveld team members through payroll giving are matched annually by Longveld. The fund also grows from being invested as part of Momentum’s endowment fund. Each year a portion of the Longveld fund is granted out to charities chosen by the Longveld team.

This year our donation is going to The House of Grace, who provide a home for pregnant teens in Hamilton as well as Wellington - a place to live, learn, prepare for childbirth, and make plans for a bright future. We received this lovely message from Jaci at The House of Grace when they learned they were our chosen charity.