A massive wealth transfer over the next twenty years

It is true that for many charitable agencies, the competition and complexity of sourcing funds is ever growing, whilst at the same time the pool of funding opportunities is steadily draining.

I’ve been learning what the future of giving looks like and how gifts in Wills will shape the funding environment in years to come. How can establishing an endowment fund, driven by such bequests, become a part of organisations’ funding strategies going forward?

The JB Were’s Support Report ‘The changing shape of giving and the significant implications for recipients’, published in June 2018, gives us a good overview of this opportunity. Whilst focused on Australia, the general trends equally apply here in Aotearoa. 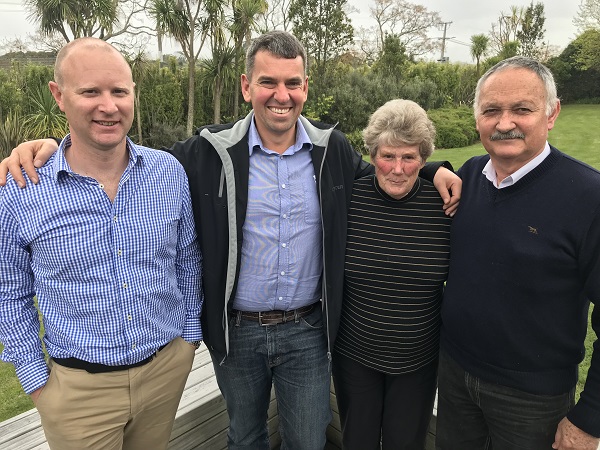 A significant moment - the formal process began for the transfer of the Houchen Trust and its assets, mainly the Houchen's Retreat in Glenview, to the care of Momentum Waikato.

A huge thanks for the trust invested in us by Bill, Stuart, Peggy and the rest of the trustees and family members. 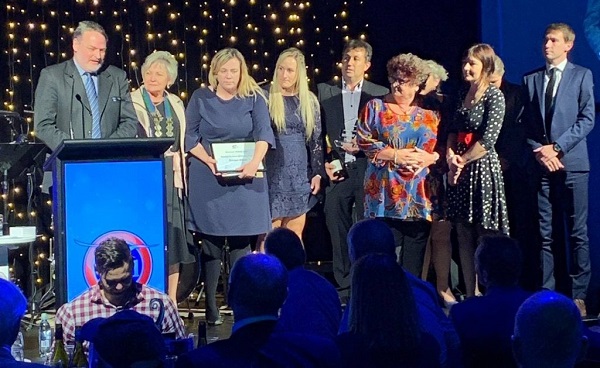 Waikato’s accounting partner CooperAitken is flying high after taking out both their own category and the top award at the recent Matamata-Piako District Business Awards 2019.

The core values of CooperAitken are to act professionally, to deliver a high-quality service in a friendly and approachable way, be vibrant and energetic, progressive and forward-thinking, and be community spirited.

Solo run across Iran is an inspirational tale for Waikato women 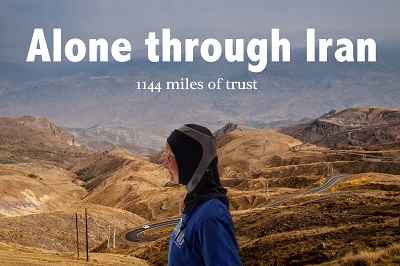 Sharing stories of women overcoming challenges is a central element of the Waikato Women’s Fund’s mission to celebrate and inspire the region’s women and girls.

The remarkable tale of Kristina Paltén running solo in Iran was therefore a straightforward choice for the group’s film fundraiser event coming up on Sunday 20 October.

Alone through Iran follows the Swedish runner for just eight of the 58 days it took her to cross the seldom-travelled Middle Eastern nation. 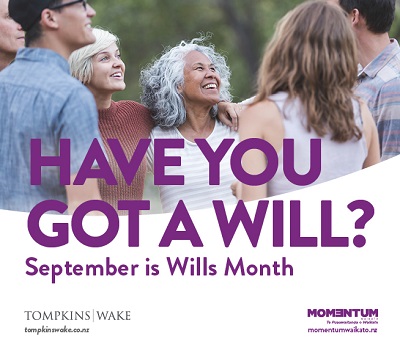 Our ‘September is Wills Month’ promotion in partnership with Tompkins Wake was a first-up success.

The free advice sessions were popular and the new create-your-free-Will tool, which was visited hundreds of times, saw some 66 new Wills created during the month.

Having an up-to-date Will gives you peace of mind that you have made the best plans possible for the people and causes you care about, making it easier for your family and friends to do the right thing when the time comes. 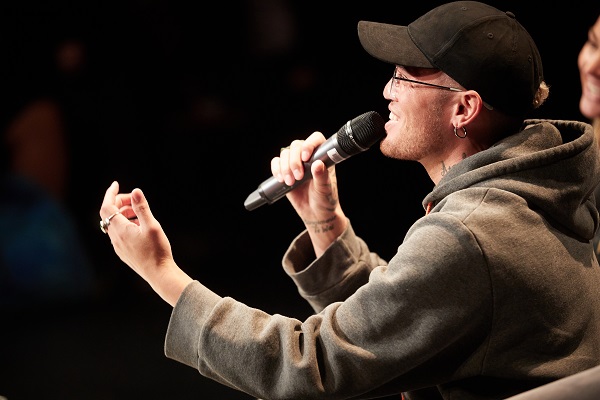 The one-and-only Stan Walker talked and sung with 114 excited teenagers from 44 schools from across the Waikato on Friday 5 September.

It was an amazing and inspiring day for everyone, one that will stay with the kids their whole lives. Stan means a hell a lot to them, the respect and rapt attention throughout was really something to behold. Their questions in response to his koorero were remarkably serious and on point, no frivolous fan stuff at all! 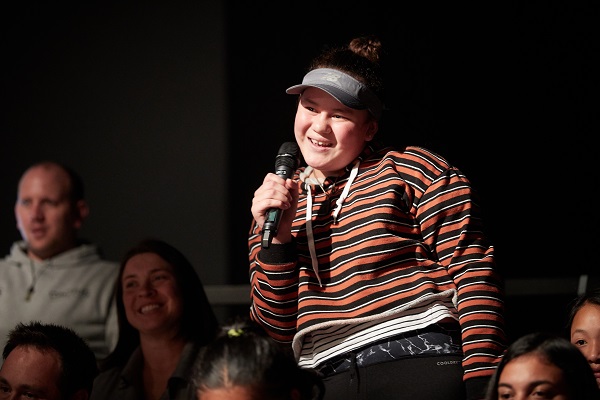 This was Stan's second session hosted by Momentum Waikato, modelling the sort of performance education that will feature at the planned Waikato Regional Theatre. 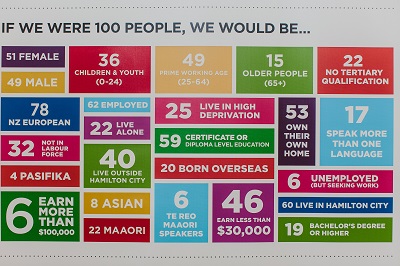 Lara Conroy is coordinating the project, in addition to her other roles here, and is currently plotting the programme of consultation workshops to be held around the region in February and March next year.

The resulting Waikato Vital Signs report will be released in June, and the Waikato Vital Impact grant round based upon it will be open for applications in July and August.

You are invited to add your voice and viewpoint to the organisational development of the philanthropic investment fund established to facilitate and support inter-cultural inclusion and dialogue in the Waikato.

We are holding a development workshop to lay the groundwork for the governance and granting policies for the ‘The Waikato Cultural Inclusion Fund – embracing our diverse communities / He aroha naa Waikato – Haapaingia ngaa haapori tuaakiri manomano’.

WHEN & WHERE? 5.30pm-8pm, Monday 25 November, Exhibition Hall, Hamilton Gardens Pavilion. Doors will open at 5pm, nibbles will be served.

This session will aim to define the purpose of the Fund by answering the following questions.

The information gathered in this consultation will then guide the Fund’s Establishment Commitment, which will be recruited and activated in the New Year. Please RSVP if you intend to attend. 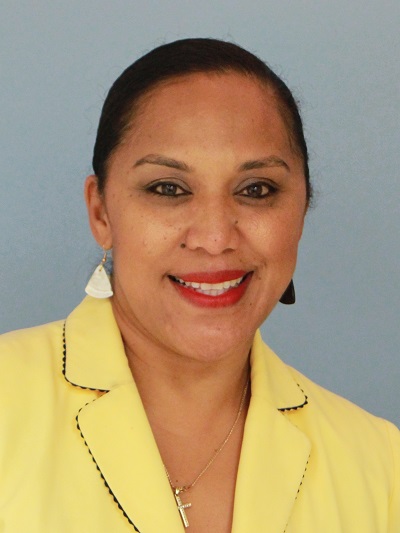 What an honour to be asked to be a member of the Establishment Committee for the Waikato Women’s Fund (WWF).

These amazing women around the table, who have committed to enabling positive change for the women and young girls of the Waikato, are inspiring and encouraging. Being part of the WWF family and committee, I am blessed to be amongst women who serve and lead with humility and love.

Community Foundations of New Zealand, our peak body, has a new logo, brand, and website, check it out - communityfoundations.org.nz.

You will recall that earlier in the year we asked you good folk to respond to our Supporter Survey, the results of which we then reported back in our August Update. One of the takeaways we highlighted was that no one under 35 had responded to the survey, which we acknowledged as a bit odd.

Soon after, someone under 35 contacted us to say they had certainly completed the survey, so what were we on about?! This led us to query the data we had been given by our database provider and sure enough, there was an error in how they had set up the data reporting.

So we can now tell you that 14 people aged under 35 responded, here is a screen grab of the corrected graph pasted below. 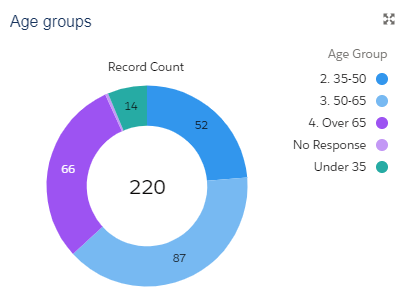