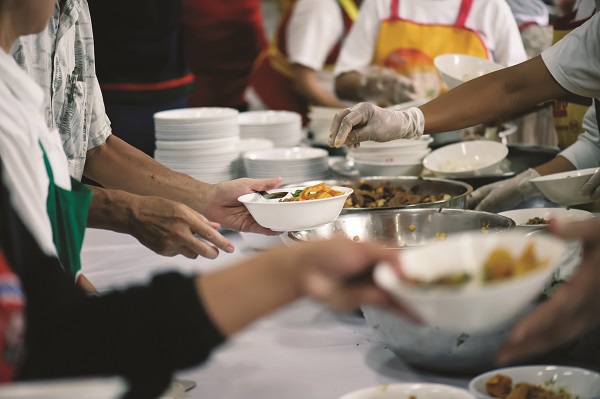 A pressing concern expressed by a spectrum of Waikato Vital Signs® Survey respondents is the fragility of the volunteering that enables the very existence of communities and the local activities people enjoy.

Volunteers’ contributions are seen as the foundation of community, not as simply an add-on to the financed and employed economy. Concern about “volunteer burnout” was specifically flagged as a threat to the community and recreational activities in a range of submissions.

A Waipa survey respondent said: “there used to be a homework club here, but it closed down because of volunteer burnout”.

A Thames-Coromandel respondent: “there is an overwhelming need for volunteers in every aspect of community life, not enough people doing the work and volunteer burnout is a significant risk”.

Event coordinator, former Hamilton Fringe Festival Director and musician Macaila Pescud articulated a common thread when she asked: “How long does it take passionate volunteers to burn out?”

“Our volunteer leaders who put in large amounts of hours deserve financial remuneration or their input will not be sustainable. To have a healthy society, those passionate people working to make it better need to have enough time and money to look after their own wellbeing too.”

Another artist’s submission said the ‘big questions’ for them were “How can we be more visible? How can our endeavours be more viable in Hamilton? Why should we stay here when we can move to a different city where the creative communities are stronger?”

Macaila says later that the Hamilton arts and performance scene “fluctuates” creatively, socially and economically over years, as waves of volunteer leadership commits energy and then runs out of steam as they’re ground down by the lack of resources and support.

This scenario, common to every kind of volunteer outfit, often happens because folks get diverted away from the core activity that attracted them, and on to tedious but seemingly essential support functions like admin and fundraising.

Jack Clayton, the General Manager at the Waikato Institute for Leadership and Sport Studies, sees an equity issue. Sport at all levels is dependent on the time donated by volunteers, particularly coaches.

“Parent’s expectations have increased around what they want from community organisations such as sports clubs. This has seen things like academies and development programmes set up at a significant cost to the parents,” says Jack in his survey submission.

“This is great for those that can afford it, but it means that those that can’t fall behind and leave the sport because they are disconnected from their peers.”

In an interview Jack confirms falling volunteer numbers is further widening the gap, as poorer communities simply miss out altogether.

“I’ve seen amazing young athletes in places like Taumarunui, kids with a good attitude. If they were in Hamilton they would walk into the rep teams, but instead they never get spotted because the sport has shrunk or closed down there due to lack of volunteers.”

Survey submitters also expressed concerns about the sustainability of volunteers in sectors such as aged care, disability and chronic conditions support, community centres and mentoring.

A Hauraki voice said of their town: “The heart of this community lies with the large number of volunteers, dedicated hard work by so many people, involvement in the town of many organisations and agencies whose can-do attitude has seen the community develop to be a safe, vibrant, gracious and proud community.”

However, elsewhere one wrote: “It is some concern to us that in Otorohanga 74% have a sense of community but only 27% do volunteer work. As volunteers ourselves we see the lack of younger people coming into community organisations as a concern.”

Status can be the challenge in getting volunteers for caring roles. A Hamilton respondent said: “we need to destigmatise support and provide positive volunteer options, so the adult working population can contribute in meaningful ways while unemployed.”

Jan Wright, Chair of Creative Mercury Bay and Creative Coromandel, also commented on the general community roles of volunteers in a smaller centre.

“We have retired people moving into Mercury Bay permanently, who are from cities where social infrastructure is already in place and many don’t know they need to volunteer their times and skills to make a small community work,” says Jan.

In a follow-up interview Jan says: “Central and local government need to realise how much of New Zealand goes round because of volunteers. As a society and at all levels of government, we need to see and clearly understand the scale of our volunteer economy. I think the country doesn’t know how tremendously significant this unpaid contribution is.

“So, the first step is a real audit. The depth of the Census questions on volunteering is entirely inadequate, a lot more drilling down is required.

“And there needs to be greater recognition of this work being done. For instance, could volunteers have the hours they do recognised for tax rebates and flexible work experience points for qualifications?” asks Jan.

Heather Moore, General Manager at Volunteering Waikato, cautions that organisations need to recognise that volunteering is changing and they need to adjust their expectations.

“They need to chunk the work up into smaller bits, into tasks and projects, rather than expecting people to take on roles for long periods.”

“The biggest group of volunteers we see are young people seeking work experience.”

This might mean the first role they need to fill, whether paid or voluntary, is a Volunteer Coordinator, as more people need to be managed to get the same hours. As a profession, Volunteer Coordination is deserving of greater recognition.

“Generally, people want to match up their skills with doing something meaningful – many organisations underestimate the range of skills that are out there,” says Heather.

Funders and philanthropists can achieve greater social impact by specifically resourcing the volunteer capacity across the sectors they care about, because the voluntary effort multiplies the value of their investment.

The challenge is in matching the nature of the supply with the expectations of the demand.

What is clear from the Waikato Vital Signs® 2020 public engagement is that volunteering needs to be recognised and treated as a critical element of society and the economy.