To inclusion and beyond… 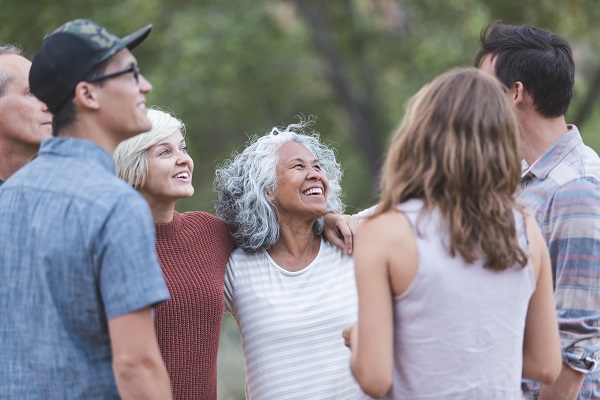 The diversity of Waikato’s ethnic make-up reflects both settlement that happened generations ago and more recent migration patterns and drivers.

People from minority backgrounds experience the same challenges as every other member of society, as well as their own particular hardships, including discrimination, that stand in the way of their aspirations and can multiply the impact of universal everyday difficulties.

At the same time, common values and priorities can prompt dialogue between differing peoples, engagement that is needed to realise a fully inclusive and intercultural society. Reciprocity, respect, family, faith and self-sufficiency can motivate people of any and every background.

Jenny Nand, Senior Advisor Community Led Development Practice at the Department of Internal Affairs in Hamilton, says that while ethnic groups have arrived in Aotearoa-New Zealand over the last century-and-a-half via various paths, the aspirations of minority culture migrants are a constant.

“People want to belong and contribute to the society that has given them shelter, but they also need to be recognised and to feel legitimate as themselves, so they can fully participate as citizens,” says Jenny.

“We all benefit when all of us can realise our full potential, our nation’s prosperity depends on the innovations and connections that come from embracing and enabling diversity.

“Yet new migrants, especially former refugees, face significant hurdles, and their chances of success here are tied to how the wider community engages and responds to them, rather than anything the government can do for them.”

Common issues are perhaps obvious. Qualifications and experience not being recognised make it difficult to find work. Language and cultural differences being mishandled leads to negative employment, health and democratic outcomes. Not being fully welcomed into a new place can lead to social isolation.

There are also challenges specific to each stream of migration. Pasifika respondents to Waikato Vital Signs® 2020 Survey, for instance, flagged language retention and keeping their young people engaged with their communities as their leading issues (the latter echoing similar concerns held by submitters from small towns).

A Filipina respondent pointed to her kababayan who have worked on dairy farms and paid taxes here for years but continue to struggle to gain the security of residency due to constantly shifting immigration policies.

International students from India said they celebrate our clean air and uncorrupted governance but can’t find even minimum wage work to survive.

A Somali respondent pointed to the absurdity of former refugees who rely on their kids to translate English being expected to home-school them during the Covid-19 lockdown.

Which all points to the issue that survey respondents most often ranked as a priority for action – ‘Community Connectedness’. Survey results suggest many Waikato people recognise the need to empower ethnic communities to create a more cohesive and thriving society, but clearly those of the majority culture need to be much more pro-active to achieve this.

Jenny sees meeting this challenge as an opportunity and suggests the following steps.

The Waikato Intercultural Fund was set up by Momentum Waikato in partnership with the Waikato’s major ethnic community groups after the Christchurch terrorist attack in 2019, with the goal of enabling and promoting ongoing interculturalism across the region. Its volunteer governance committee is now underway, survey responses from members of ethnic and migrant communities suggest it will have lots of opportunities to tackle these issues.