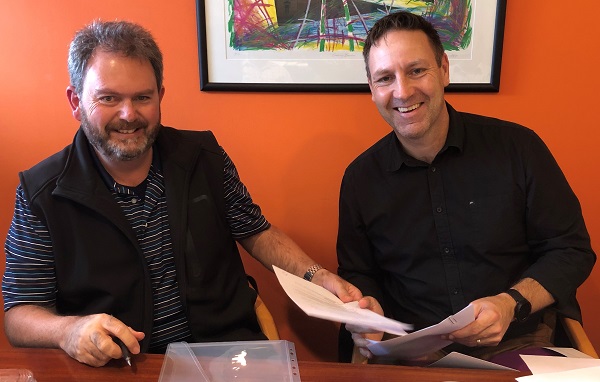 A Waipa high school will enjoy greater financial support thanks to a partnership between its education trust and the Waikato’s community foundation.

The Rogers Charitable Trust was set up in 1995 to support Te Awamutu College and its students. Now the Trust has joined with Momentum Waikato to create a new income stream for the College through donations and investment.

The Te Awamutu College Foundation Fund, established with the transfer of $50,000 from the Rogers Charitable Trust, will be a ’named fund’ within the wider regional endowment managed by Momentum Waikato. While some individuals and families already donate to Momentum for student scholarships, this is the first such initiative for a Waikato school.

“Te Awamutu College is very pleased to have this new mechanism for alumni and supporters to donate towards special projects and resources that benefit our students,” says Mr Membery.

“We are grateful to the Rogers Charitable Trust for providing the initial funding to establish this Fund managed by Momentum Waikato.”

“Our previous grants have been utilised for things like school vans, furniture, property development and targeted student scholarships.”

Momentum Waikato Chief Executive Kelvyn Eglinton says it is exciting to be partnering with Te Awamutu College and the Rogers Charitable Trust on a fund that supports a community via its school.

“High schools such as Te Awamutu College are at the heart of local communities,” says Kelvyn.

“We know there are many people, including parents and former pupils around the world, who wish to support their school and enable its students’ education now and into the future.

“The establishment of the Te Awamutu College Foundation Fund provides an avenue for families and individuals to leave a bequest or make a donation that will be wisely invested to generate income for the school’s development and its students’ access.”