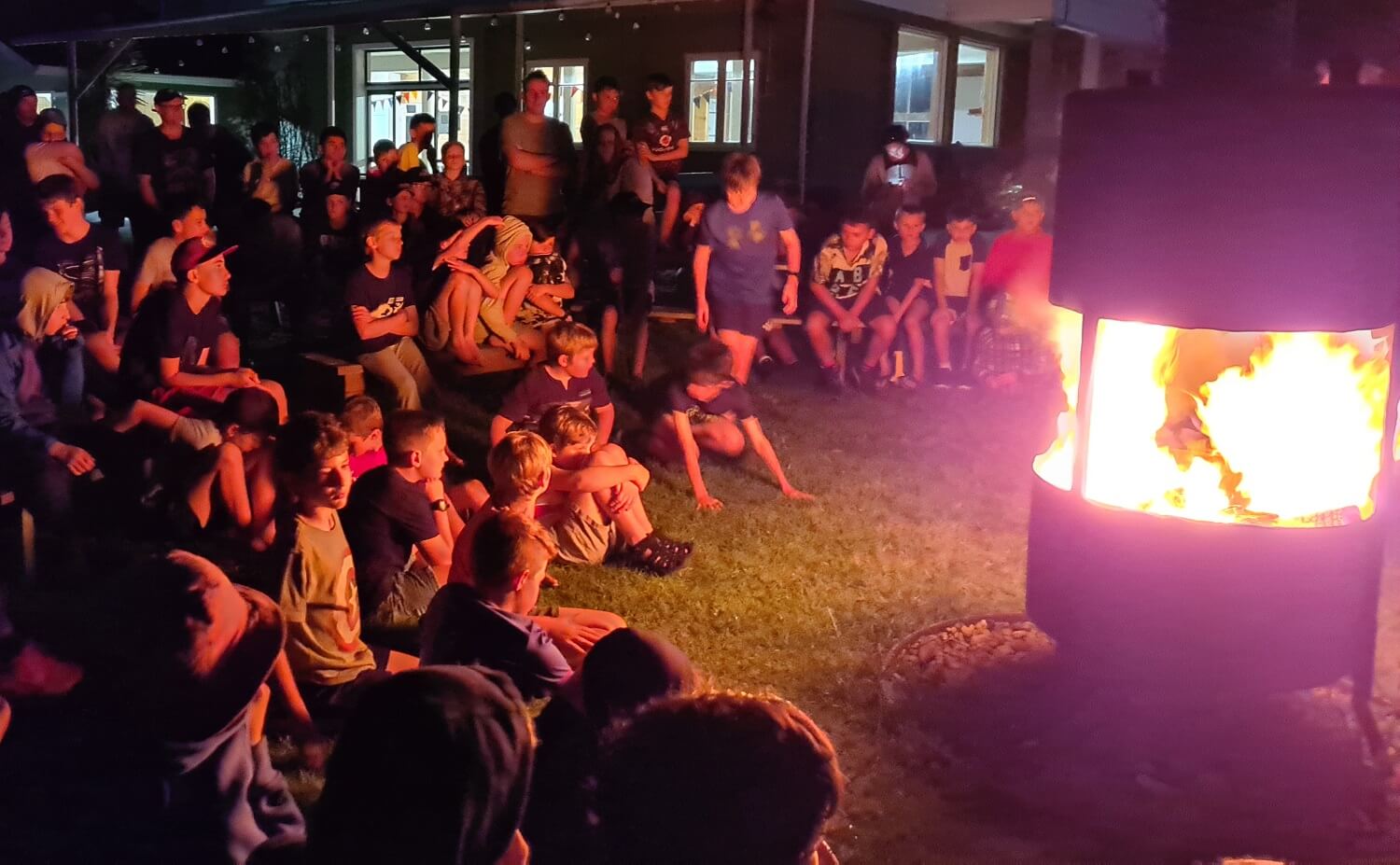 The Boys’ Brigade Waikato Charitable Trust was founded through the generosity of past Boys' Brigade leaders and members leaving bequests in their wills, so its Board readily understood how a community foundation works when they were introduced to Momentum Waikato.

Like other uniformed children’s groups, the Boys’ Brigade once had a much higher public profile - those with memory of 20th Century New Zealand may recall routinely seeing lads out and about in the organisation’s military-cadet-style uniform.

A network of units around the country has continued since those days, with numbers going up and down over time – last decade the Brigade as a whole was the fastest growing uniformed youth movement in the country, growth which has been somewhat stymied since by Covid.

Twenty years ago, the Brigade launched ICONZ, and now all its Waikato units are part of this parallel network, which takes a modern approach to producing well-rounded young ‘Kiwi icons’. It is successful and popular with boys and families but has not been as publicly visible.

Trust Treasurer Glenn Johnson says that word spreads very quickly when an ICONZ group is set up in a neighbourhood.

“Boys hear about it from their friends, we never have any problem recruiting, its finding and keeping group leaders to run the programmes that can be the challenge.

“Activities can include everything from mountain safety skills, to practical handcrafts, to learning foundational life skills, to team work. The end goal is the boys getting a quality experience that is well run, well-resourced and really effective.”

“The parents that I am in contact with on a weekly basis consistently express their gratitude in what our leaders and the programmes do for their boys,” says Glenn.

“Technology is used in some activities, but we still major in outdoor adventures that engage boys in healthy play and core life skills. Over the course of a year, the leaders see boys increase their self-confidence, resilience, positive attitude, caring understanding for each other and excitement for life. It really does build Kiwi boys into Kiwi icons.”

Glenn says that in all its forms, the object of the Boys’ Brigade remains unchanged since it was founded 140 years ago.

“The Boys’ Brigade exists to advance Christ's kingdom among boys, with the promotion of habits of obedience, reverence, discipline, self-respect and all that tends towards a true Christian manliness.

“The teaching of practical life skills is very much the visible aspect of each unit's meeting, but always with a view to providing an environment of genuine care for every part of the person - physical, mental, social and spiritual.

“Encouraging the boys to build their lives on the foundation of the Christian faith is what makes Boys’ Brigade and ICONZ unique.” 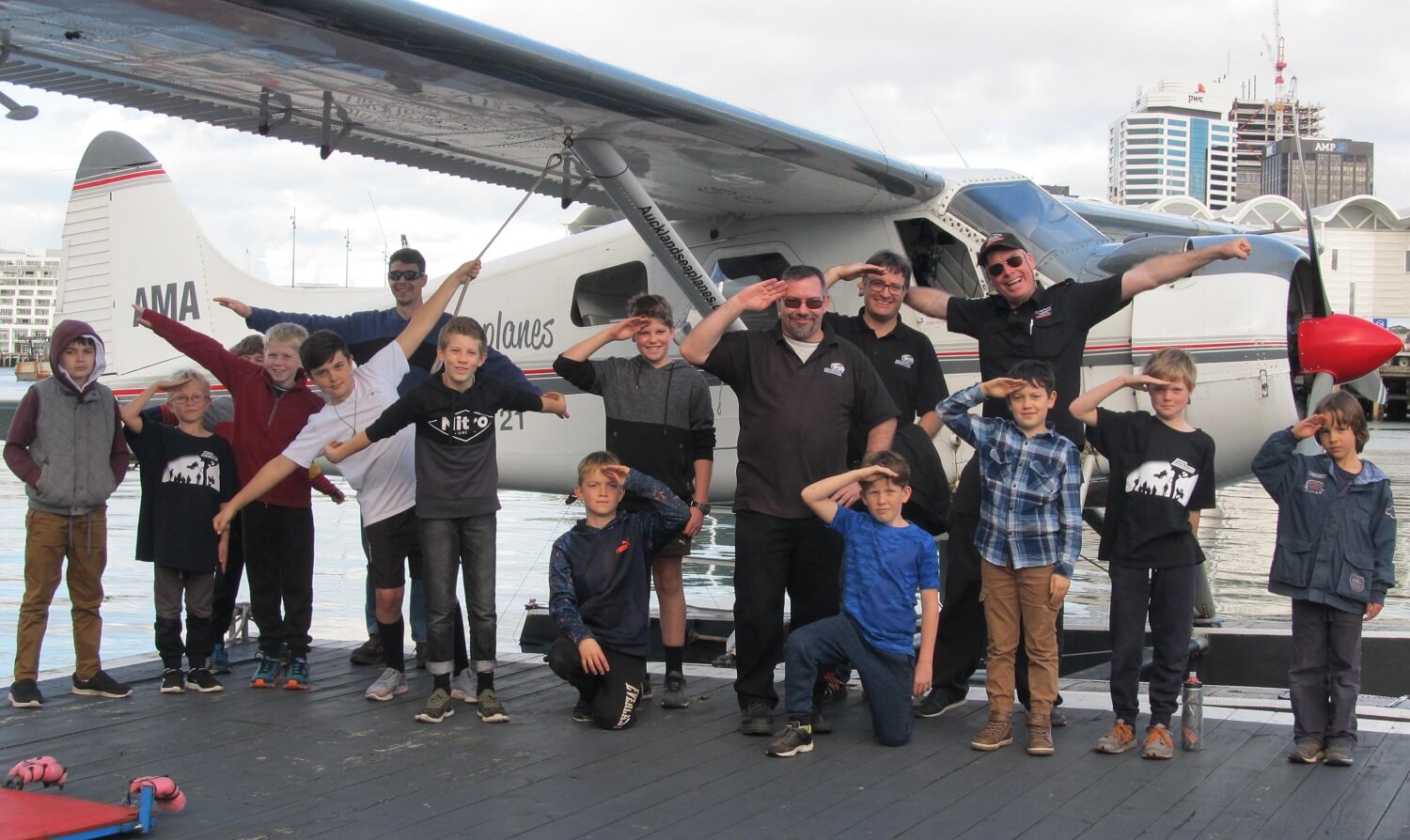 The Boys’ Brigade Waikato Charitable Trust was founded in 2005 with a bequest left by strong supporter Gordon Dixon. The funding it offers supports the Brigade’s Waikato units’ leadership development through national-level courses and enables events that foster inter-regional cooperation and experiences for the youngsters.

“The Boys’ Brigade Waikato Charitable Trust was built by investing the generous bequests from past leaders who have wanted their service to continue on long after they have departed,” says Glenn.

So, what he heard from Tim Macindoe, the Momentum Waikato Ambassador, about the role of community foundations and how the regional endowment works, was familiar and made sense.

“The Trust has been talking about how to get better returns and outcomes from the capital in our care. Historically it has been bank deposits, but we’re now finding that approach to be too depleted.

“Momentum Waikato is a good balance of risk and return, attractive in terms of the risk profile. We like that its local and here in this place for the long term. There are clear benefits in taking advantage of the scale that can be achieved through different trusts clubbing together.

“We certainly would welcome further bequests to our new Fund, as they can only magnify the effectiveness of the Trust in supporting the ongoing work of Boys’ Brigade and ICONZ in the Waikato. Greater funding to the local units will strengthen leadership and encourage greater participation.

“Even small gifts to the Boys’ Brigade Waikato Charitable Trust Fund at Momentum Waikato will have a tremendously positive and ongoing impact on the next generation of young men,” says Glenn.