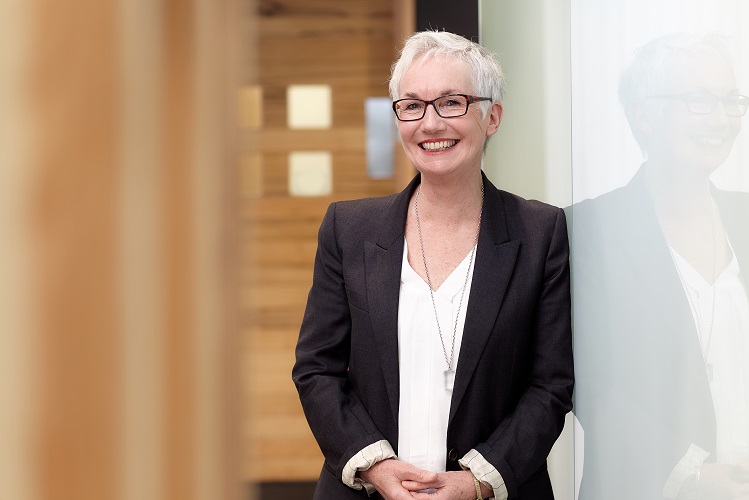 Momentum Waikato loves to celebrate the spirit of giving – and it’s certainly easy to celebrate when people like Gillian Spry are part of this community.

Gillian was the first person to put her hand up as a donor when Momentum Waikato went public with plans for the new Waikato Regional Theatre.

Aside from the great work she does as a partner at Hamilton law firm Norris Ward McKinnon, Gillian has a deeply rooted love of the theatre, which stems from her childhood. As a girl growing up on a sheep and beef farm near Matamata, Gillian was surrounded by words and music. Her father, a World War II veteran, was an intellectual gentleman with an affinity for poetry. Her mother was a singer and was very involved with the Matamata Operatic Society.

Later, Gillian attended Otago University, where her interest in theatre flourished. Although never tempted to cross the line from spectator to performer, Gillian’s lifelong appreciation of the theatre has remained with her throughout every chapter of her life.

Gillian has now been back living in Hamilton for 35 years and has obtained a great deal of pleasure from patronising Hamilton’s theatres, as well as travelling to Auckland to various venues such as Q Theatre and the Maidment.

Gillian hopes her gift to Momentum Waikato for the Waikato Regional Theatre will inspire others to donate. She says as soon as she received information about plans for the new theatre, she decided to become a donor “right then and there.”

“I wanted to show my support for it,” she says. “I think it’s the most wonderful thing to have happened in Hamilton for a long time. The best idea there is for revitalising the central city.”Gillian says she understands people’s concerns about whether the money being spent on the theatre could be put to a different use. As someone who supports community groups, and marginalised members of society, she hopes people will see the benefits the new theatre will provide for the community overall.

“People need to have enjoyment in their lives, away from the day-to-day grind. The old premise of ‘bread and roses’ is important - providing people with more than bread.

“We need more beautiful things. It’s another level. It’s not only about putting food on the table, it’s about feeling good, too.”