An entrepreneur and her philosophy of giving 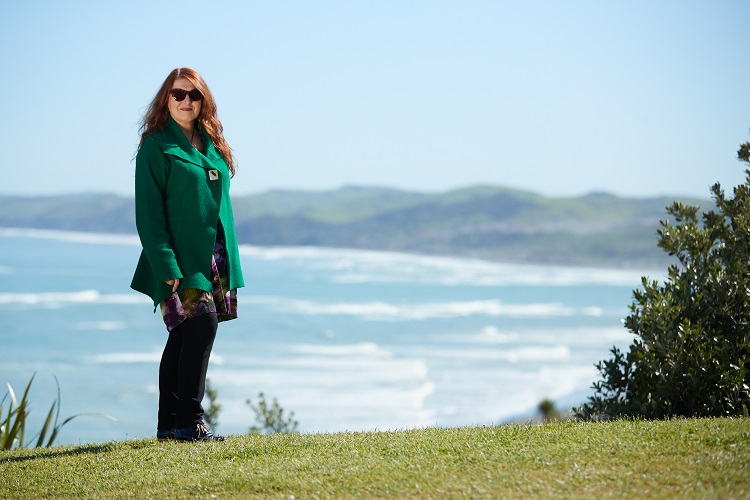 Putting community first has always been a part of Cheryl Reynolds’ philosophy. Beginning as a young entrepreneur and artist in the UK, she launched Focal Point Gallery in 1991, which provided a much-needed space for artists to exhibit their works. Twenty-five years on, it remains a highly energised venue for exhibitions, performances and film screenings, and is free, which was always Cheryl’s mandate.

Since that time, Cheryl has never stopped seeking to “creatively create change”. An innovative entrepreneur, she studied art and business - winning an entrepreneurial scholarship, which led her to starting many social good enterprises and running a multinational technology company.

In 2003, she arrived on New Zealand’s shores to start Wintec’s Creative Industries Research Centre, where she developed Spark International Festival, Ramp Press, and SODA Inc., Waikato’s entrepreneurship hub. In 2008, she became SODA’s founding CEO, and in 2014 became Momentum Waikato’s founding CEO. “Art is one of my passions, social enterprise is another, and it’s always been important to me to help others. We are all connected, and together, we can creatively create change.”

After four years in the role, Cheryl departs Momentum Waikato this month to begin developing her next social enterprise for generosity - her twelfth startup. During her time as Chief Executive, she has been gifting 10% of her salary back to the foundation through payroll giving, and is using her fund to support two Waikato social enterprises close to her heart. Cheryl said, “I started by giving a percentage of my salary through payroll giving. Anyone can give this way no matter the amount - it’s easy, it adds up and can make a real difference. My fund grew steadily over time, and now I have the joy of choosing how to distribute it to create impact here and now in our community.”

Xtreme Zero Waste is a community enterprise in Raglan, which uses business as a tool to meet the needs of its community and diverts 75% of waste from landfill. Cheryl lives in Raglan, is proud to be on the board of Xtreme, and has decided to use her fund to support the building of a new education centre. Fiona McNabb, Chair of the Xtreme Zero Waste Board, says “we are very grateful to receive this incredibly generous donation from Cheryl. We were gifted the shell of a building, which has been stored for more than a year, but had no funds to erect it. This donation will enable us to have the building ready to receive visitors and provide a learning space that we are so desperately in need of, by early 2018. Cheryl’s gift will carry on creating opportunities for many years to come and many people from within and outside of the Raglan community will benefit.”

Seed Waikato is a newly established ‘for purpose’ organisation that connects and develops young people and their energetic ideas, uniting them under a common vision to make change and inspire. Cheryl’s support for Seed Waikato extends from mentoring Momentum Waikato’s Strategist and Seed Waikato’s co-founder, Gemma Slack, to now providing Seed Waikato with its first private donation. In Gemma’s words, “Cheryl’s leadership at Momentum Waikato and her support of the Waikato youth movement through Seed Waikato has been truly incredible. Her belief in the power of possibilities as well as her generous examples have always inspired others like me to bravely create things that matter”.

Departing Momentum Waikato in December 2017, Cheryl will continue to be a foundation donor to Momentum Waikato, and encourages anyone interested in creating a better Waikato for everyone, forever, to join her.