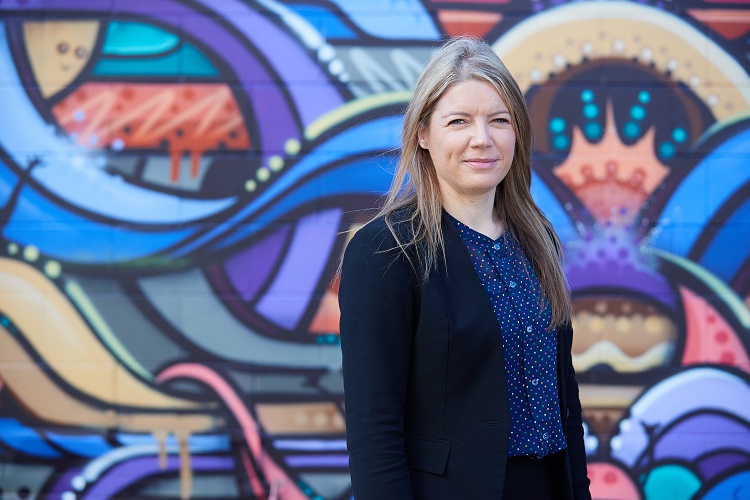 As soon as Charlotte Isaac heard about Momentum Waikato’s aspirational plans for the new Waikato Regional Theatre, she knew she wanted to donate.

Charlotte, a commercial lawyer with Hamilton’s Davidson Twaddle Isaac Law Firm, had been waiting for an opportunity to contribute to the project, as she loved the concept and the location.

“To put a world-class theatre right in the heart of the CBD, right next to the food precinct is brilliant,” she says. “The way it engages the river as well as the CBD, I think it’s great.”

Charlotte hopes her donation will encourage other members of the public to do the same. She feels if we want Hamilton to be a more creative and inspiring place, we all need to contribute somehow. Often volunteering is the way to contribute - but Charlotte thinks if people can put money in, they should. She believes general philanthropy needs to be encouraged.

“We should all envisage the Hamilton we want to live in and help create that,” she says. “If that means occasionally digging into our own pockets and coming up with a bit of cash, we should. The community funders are already extremely stretched.”

Charlotte knows the closure of Founders and the gap it left in the sector has been significant for Hamilton. Everyone, herself included, had been waiting for a solution.

“When Momentum Waikato came up with the idea for the new theatre and invited people to contribute, I immediately thought, yes, I will.”

Charlotte has a long history with theatres in Hamilton, being involved since her school days at Hillcrest High. After studying at Auckland University, she returned to Hamilton and immediately got back into the local theatre scene, joining the Riverlea and Playbox committees.

“What I love about Hamilton is that you can pull a community together,” she says. “We did it for the Meteor and I know it will happen for the new theatre, because people care. People want to be involved and they want to make Hamilton a good place to live.”

Charlotte points out that historically, there was a lot more interest in theatre in Hamilton in the early days of settlement. Back then, touring performing arts groups were commonplace.

She acknowledges Creative Waikato is working hard on audience development work with Creative New Zealand. Part of that development is sharing data bases, getting the audiences who are going to opera to go to musical theatre or other creative things.

Charlotte believes the theatre scene is beginning to thrive again in Hamilton and with the possibility of the new theatre and the way it could transform the city, it’s an exciting time for the Waikato region.

“There’s still work to be done”, she says. “For example, Hamilton doesn’t have a performing arts school.”

However, she’s noticed more creativity in Hamilton in the last few years.

“I used to go to Auckland for my theatre a decade ago, and now I barely have time to see everything in Hamilton.

“I do love Hamilton. I can’t imagine living anywhere else.”